The Al‑Anon World Service Conference (WSC) was first held on a trial basis in 1961. (The WSC is representative of the Al‑Anon membership in reaching a “wider group conscience” as expressed in Tradition Two.) The experiment continued for two more years and in 1963 was voted a permanent part of the Al‑Anon structure, beginning in 1964. Today, the Conference meets annually and is comprised of Area Delegates from the U.S., Canada, Puerto Rico, and Bermuda; as well as the Board of Trustees, the Executive Committee, and certain staff members of the World Service Office. 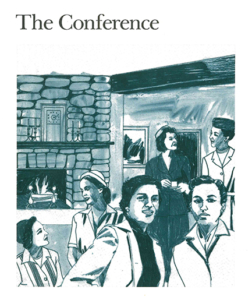