As early as 1939, families and friends of alcoholics attended A.A. (Alcoholics Anonymous) meetings with the alcoholic. As families shared with each other, they discovered the benefits of living by A.A.’s Twelve Steps, and how this improved their relationships, which often remained difficult, even after the alcoholic became sober. Eventually, the relatives and friends began meeting on their own. 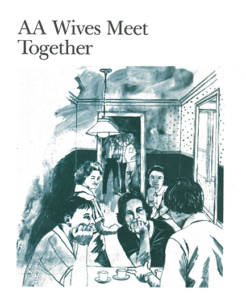